INTERPOL (International Criminal Police Organization) is a transnational law enforcement agency which jurisdiction covers nearly all recognized states. The organization is aimed to facilitate trans-border cooperation of national police units in order to fight international crime. Each Interpol’s member state has its own organization’s branch called the National Central Bureau (NCB) directly affiliated with the local police. One of the standard procedures regulating cooperation between police agencies in different countries is the color-coded system of notices which Interpol’s central office distributes to all member countries at once after this is requested by a particular NCB.

If any Interpol member state country wants to extradite an individual located abroad for criminal prosecution on its own home territory, there are certain rules on the processing of data. The local NCB office requests Interpol Criminal police to issue a Red Notice which is de-facto an international arrest warrant. Red Notices are publicly (via open database https://www.interpol.int/en) or secretly shared with all other 190+ member states at once and requires all of them to immediately notify the issuing country about detecting the wanted individual, so his/her arrest and extradition could be requested. 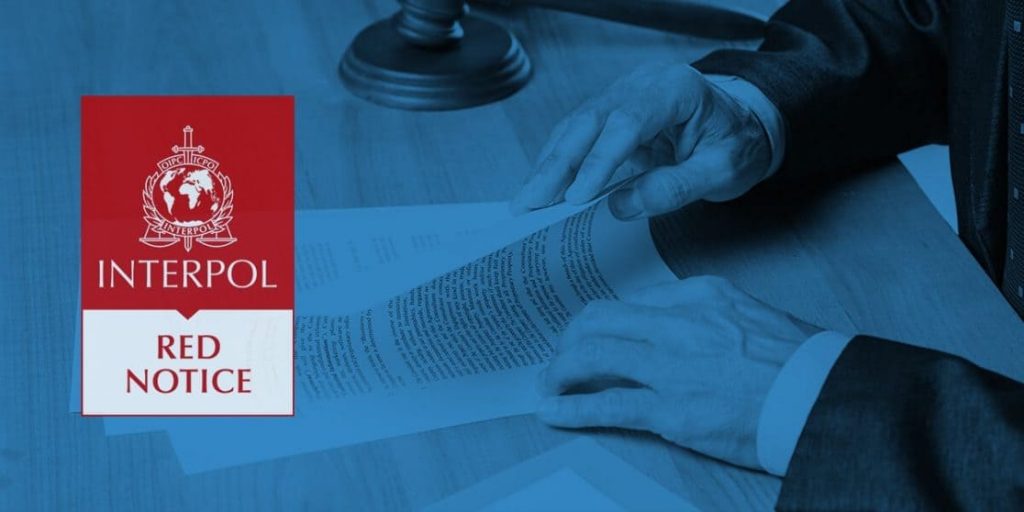 Issue of the Red Notice implies a number of severe limitations for the wanted person, including:

Border security and law enforcement agents are obliged to detain, search and interrogate the subjects of the request each time the border is crossed; theoretically they have to arrest him or her – especially if the criminal charges are serious and the person is visiting the country which has historically good relations with the requesting state.

The wanted individual’s personal data – including photo and ID – is often published in open access on Interpol’s official website on the same page with profiles of people suspected of very serious criminal violations.

A state of potential refuge has the right to dismiss the applications from people who face criminal charges of a non-political character. Given the current worldwide anti-immigration sentiment, this argument is commonly used by authorities responsible for granting the asylum status to quickly reject a case based on formal foundations.
Although Interpol’s mechanisms were created to coordinate fight with terrorism, organized crime, cybercrime and other forms of criminal activity, their imperfection is now regularly used by corrupt authorities across the world for politically and economically motivated persecutions. In our practice, we have faced multiple cases of abusing Red Notices by state officials in China, Nigeria, Russia, the UAE, Iran, Ukraine, Saudi Arabia, and many other developing countries.

Status Law has established expertise in counteracting such attempts. To the moment, our lawyers have achieved more than a hundred issued Interpol Red Notices and diffusion removals, which were followed by their complete deletion. This result was achieved thanks to our ability to effectively work directly with the Commission for the Control of Interpol’s Files (CCF) based on a deep understanding of international law, Interpol’s own regulations and knowledge of the particular countries’ national law. We are able to challenge Red Notice alerts and have Interpol International police delete your name from the wanted list by uncovering the true nature of the case and hidden prosecution context, proving the insignificant or fake character of the charges, evidencing the risk of human rights, violation of Interpol’s constitution and other legal strategies.

One more relevant service Status Law clients frequently request is a preventive legal intervention aimed to block the issue of a Red Notice. If you are hiding from unlawful prosecution abroad and expect the issue of a Red Notice alert against you, our firm can proactively reach Interpol’s Legal department to notify it about the risk of an illegal warrant request, so it can reject its approval.